A day at Depot Sound

James and I had the privilege of spending the day with Mark and Joshua at Depot Sound in Auckland’s Devonport. Very self indulgent to spend 8 hours playing guitar non-stop in any circumstances, but to have someone making it sound good too is very lucky.  We’ve been recording some of the basic tracks for the second album – which is a bit rich given that the long awaited (and long since finished) The Pop Album isn’t quite out yet.  The Pop Album is just awaiting some artwork and then its off to the printers.  A good and profitable day. 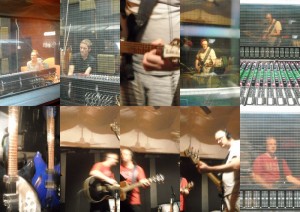